Doing the Tango While Trolling

THE ZEREK TANGO SHAD HAS DEVELOPED A CULT-LIKE FOLLOWING AMONGST FLATHEAD TROLLERS AND WITH SOME JUSTIFIABLE REASONS.

The Tango Shad, since its release almost three years ago, has carved a reputation as one of the best flathead lures available. Its small profile, its ability to swim well with or against the current, its ability to clear weed and the ease of use have made this lure a regular on the end of many trollers’ rods.

It’s not just the casual angler who is making ends meet with this lure though, keen tournament anglers are using this lure as a key part of their fishing strategy and it’s working. Both Team Wilson and Team Zerek in the 2015 Flathead Classic finished in the Top 5 and both teams attributed the Tango Shad as being very important for their success.

In 2014 Team Wilson won the two-person team event and almost pulled off a massive upset by winning overall against the 3-person teams – the majority of their fish coming while trolling with the Tango Shad!

So what are some of the tips the gun trollers can pass on to help you get more fish on the Tango Shad? Let’s have a look.

The Tango Shad is a great lure for trolling in water depths from 1.7m to 1m. If you can stay in this range, you’ll certainly catch fish.

Keeping your lure in the water when trolling is the most important ingredient in success.

The Tango Shad clear weed off itself very easily with a sharp flick of the rod tip. This is a skill you need to master to get better results. The trick with this is to understand the action of the lure on your rod tip and the moment that changes, give the rod a couple of quick flicks to clear the weed and check it for the right action. This saves a lot of time reeling the lure in and picking the weed off and then resetting the lure.

Trolling with the current will lead to less fouling of the lure on weed in weedy areas. This is because the weed lays down in the direction the lure is travelling and the lure glides over the weed as opposed to punching into the weed if you’re trolling against the current. This again is about time in the water. It can also be argued that fish prefer to feed into the current and a fish coming down current looks more natural.

A light drag setting is an important ingredient. With the small hooks of the Tango Shad, occasionally the fish is hooked on the outside of the mouth in the skin of the fish’s face. A light drag setting will allow the hooks to stay in the fish rather than tearing out under a heavy drag. It’s also a good move if the fish swallows the lure and is shaking its head. The sharp teeth wear through leaders very quickly and a lighter drag setting reduces the wear on the leader because the tension is not so high. Try it yourself. Rub sandpaper over a loose leader and see how long it takes to break. Now do the same over a tight leader. The results will stagger you.

Choosing a colour is always controversial but the team is having some real success on colours that contain just a hint of UV. Yes, it’s flavour of the month, but all the boys definitely think there is something in the UV highlights on a lure. Another point worth considering when choosing the lure for the day.

Hopefully, these tips will help you get more from your time trolling with the Zerek Tango Shad. 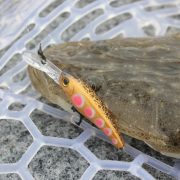 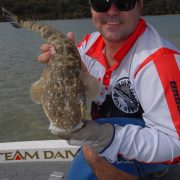 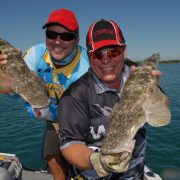 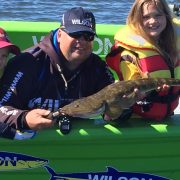 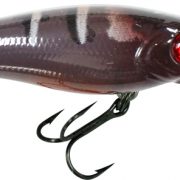 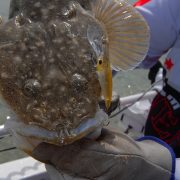 Instagram did not return a 200. Follow Us!
Gold Coast Fishing Tackle on board again this year as Bronze Sponsors